To Whom It May Concern... 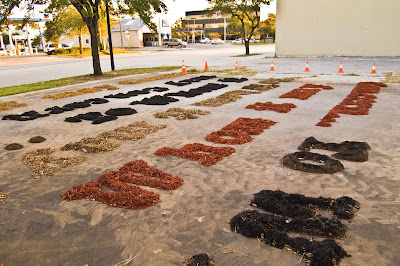 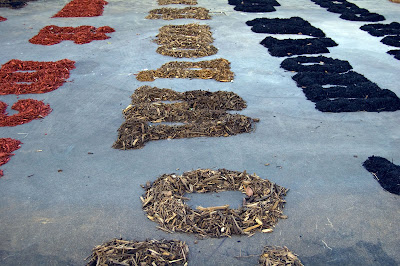 To Whom It May Concern...
Started in the fall of 2008 and on view in a vacant (privately owned) lot at the 4900 block of Main St. between Texas State Optical and Lawndale Art Center, Houston, Texas. This is a part of my Cynthia Woods Mitchell Center for the Arts Studio Residency here in Houston, Texas.

This piece is composed of mulch (and debris in some areas) and is intended to blow away/disperse/broadcast out over time as public notices and messages do. I chose the site as at one point I had a studio overlooking the lot, and I would often look out of my windows onto the area. It was also a good view for seeing people stop to examine it.

To my surprise, the letters have remained neatly intact even through some small rain storms. While it may take some time to disperse naturally (or at least next hurricane season), there are other innumerable possibilities that could potentially speed up its broadcasting such as it being used as a parking lot, etc.

New entry: February 7, 2009, I returned to this lot to document the piece, and it is completely gone. I went next door into Lawndale Art Center to ask if they knew what happened to it and was told that they decided to mulch their trees with it...The End. 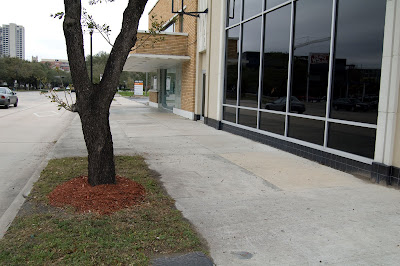