This is a short write-up I wrote last month to share about Keren Cytter's vidoe/performance at DiverseWorks. It was not published elsewhere due to a duplicate performance in NYC, so here it is for our local audience. 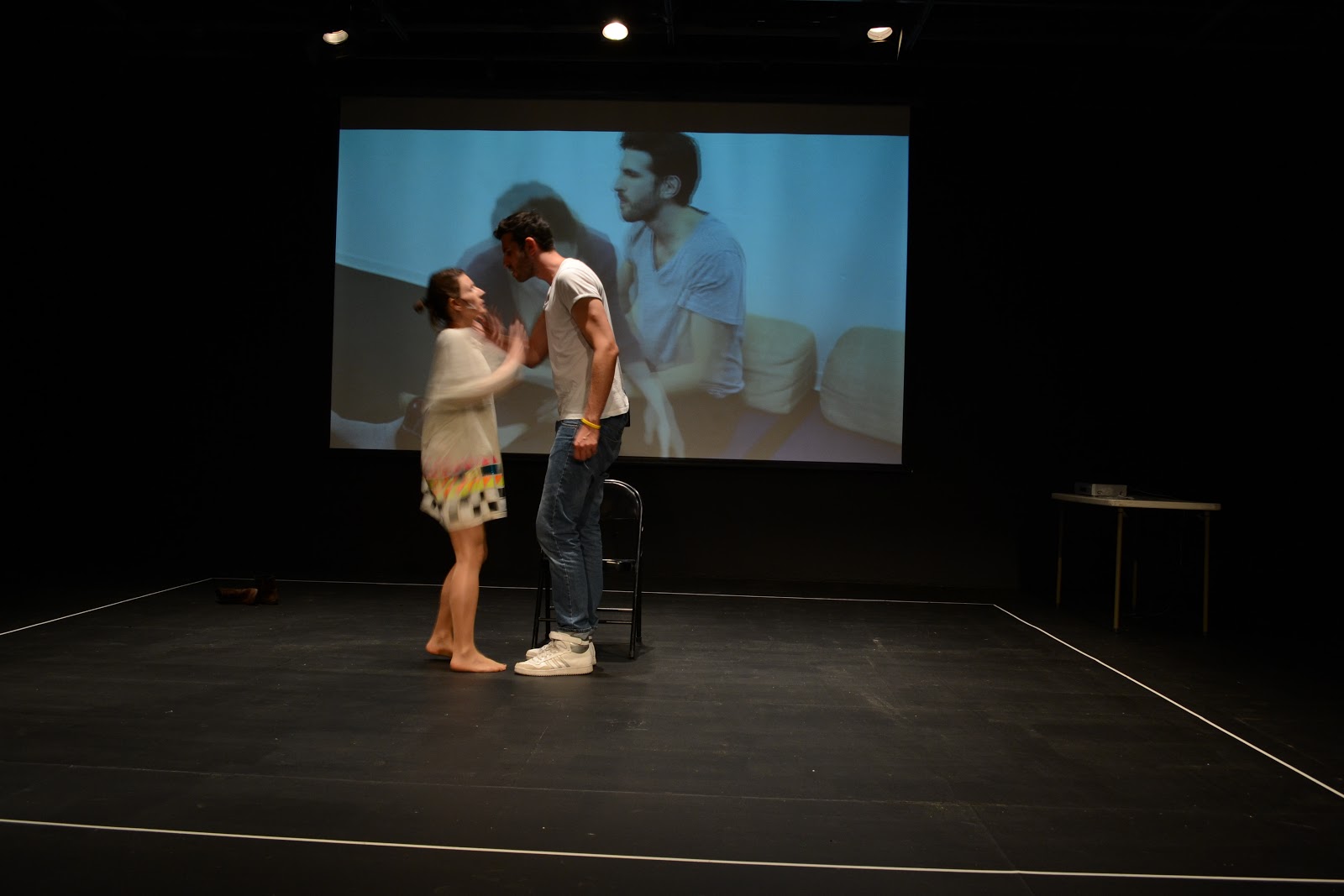 Keren Cytter’s Show Real Drama was performed at DiverseWorks Art Space October 10 through October 13, 2012. This performance is in conjunction with Cytter’s exhibition Video Art Manual about the history and development of video art, on view in DiverseWorks’ galleries.

For Show Real Drama, the actors are in the role of actors who are creating their own scenes following failed attempts at finding work as actors. Each scene is introduced with a projection of the words Show, then Real, then Drama.

For this multimedia performance, the actors and the audience are present in the now, with the performers acting out the drama of their relationship while at times even describing audience members. A video projection of their previous interactions and “drama” adds a time-based element and reveals more of their “real” drama.

The combination of live performance and the time element of the video, along with acting about acting, make for an experience of decided awareness of someone as they experience an awareness of and interaction with themselves. As in her exhibition on view where video art is examined through watching video footage, we are examining drama through watching real drama.

Show Real Drama, written and directed by Keren Cytter, came to DiverseWorks Art Space following presentations at The Kitchen, Kunsthall Bergen, and the Tate Modern among other venues. It is the last performance at DiverseWorks’ current location. For more information about exhibitions and their new location, please visit: www.diverseworks.org
Posted by Emily Sloan at 10:45 AM